The documentary record of life in New South Wales is now, more than ever, digital.

For researchers of the future pondering the question of what life was like in New South Wales in 2017, answers will be born-digital as well as included in books, newspapers, manuscripts and other formats. The Library has developed a Digital Collecting Strategy (PDF) to ensure that we are collecting both digital and analog formats.

A significant activity in the Library's Digital Collecting Strategy is a partnership with CSIRO Data 61 to collect and archive publicly-available social media. The Library has been working with CSIRO and their tool Vizie since 2012. Over this period the Library has collected tens of million of posts.

How does the archiving tool work?

We are also able to respond to new issues and events quickly by adding new hastags which can be used immediately pick up new conversations or conversations from earlier posts that are just emerging as significant.

To address potential privacy concerns the social media archive is designed to only show aggregate data. It allows users to view trends in discussion in social media but does not support viewing content at the level of individual posts.

The collected data is currently archived with the CSIRO but in the future this data will be migrated across to the Library's digital repository.

The user interface was designed by the CSIRO Data61 team in collaboration with the State Library. The design allows for the data to be displayed geographically, as well as visualised through a 'wheel of emotions'.

What has been collected?

In the year 2016/17, the Library collected 15,700,539 posts. The posts document a range of subjects including politics, topical issues, business, sport, arts, the environment and major events.

In the same way you can go into a library today and look through newspapers and other documentation from the early twentieth century the State Library's social media archive creates a collection of data that will allow researchers in the future to gain insights into the life and times of people living in New South Wales in the digital age.

What can I do with the Social Media Archive?

You can view the latest activity and the emotion clock on the Live section of archive or search for a specific topic or hashtag in the Explorer section.

You can find out more about how Vizie is designed through the About section of the archive.

What to do if you are concerned about content included in the live interface?

This a live feed reflecting real time social media activity in New South Wales that is publically available. There may be occasions when content is considered to breach copyright or other relevant law or contains informationthat is culturally sensitive.

If you have concerns over any content please refer to the Library 's Take-down Requests.   If  you wish to reuse information gathered through this tool you must abide by the terms and conditions of the individual platforms.

How will the Social Media Archive develop in the future?

An API which will enable researchers to delve further into the archive is currently under development. 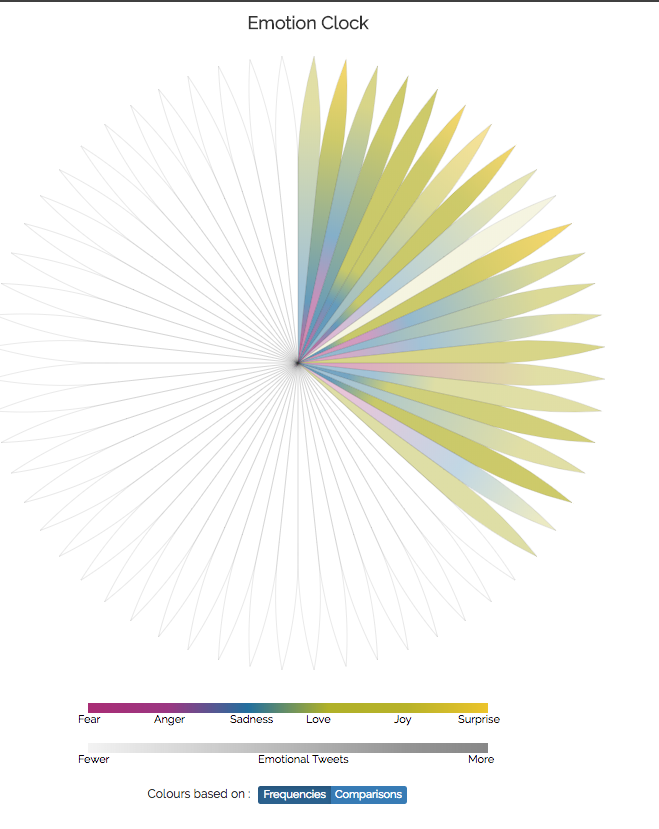